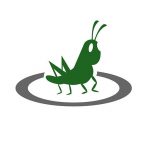 Eating Insects Is Good For The Planet

The low carbon, water and ecological footprints associated with insect production, as compared to those of other livestock species, make them attractive from an environmental sustainability standpoint. In general, edible insects are a good source of protein, fatty acids, vitamins, and minerals, though the nutritional profile is insect species dependent. This makes them a potential food source for healthy human diets.

Insects can also be a nutritionally beneficial and sustainable source of feed for animals.

Land clearing for agriculture is a major contributor to global warming and efficient use of land is therefore important. Insects have a high feed conversion rate, which in a rearing system limits the demand for land for feed production. Moreover, insects emit less greenhouse gases than conventional livestock. It has also been suggested that the volume of water required to produce edible insects is low compared with that needed in conventional livestock production, although empirical data on this are currently lacking. Properly managed, however, insect production systems can contribute to biodiversity and land conservation.

It is widely accepted that by 2050 the world will host 9 billion people. To accommodate this number, current food production will need to almost double. Land is scarce and expanding the area devoted to farming is rarely a viable or sustainable option. Oceans are overfished and climate change and related water shortages could have profound implications for food production.

To meet the food and nutrition challenges of today – there are nearly 1 billion chronically hungry people worldwide – and tomorrow, what we eat and how we produce it needs to be re-evaluated. Inefficiencies need to be rectified and food waste reduced. We need to find new ways of growing food.

The growing world population with increasingly demanding consumers will result in a growth in the demand for meat with 75% by 2050 compared to 2005/2007 demands.

Livestock and fish are important sources of protein in most countries. Livestock production accounts for 70% of all agricultural land use. With global demand for livestock products expected to more than double between 2000 and 2050 (from 229 million tonnes to 465 million tonnes), meeting this demand will require innovative solutions for food production.

Similarly, fish production and consumption has increased dramatically in the last five decades. As a consequence, the aquaculture sector has boomed and now accounts for nearly 50% of world fish production. The sustainable growth of the sector will depend largely on the supply of terrestrial and aquatic plant-based proteins for feed. The opportunity for insects to help meet rising demand in meat products and replace fishmeal and fish oil is enormous.

Suggested solutions are reducing meat consumption, increasing the efficiency of the food chain from ‘field to fork’, or changing diets towards food commodities requiring less land. Feeding future populations will require the development of alternative sources of protein, such as cultured meat, seaweed, beans, fungi and insects.

Developing insects for feed and food is considered a viable strategy that can potentially contribute to global food security. Consuming insects has a number of advantages:

Edible insects have always been a part of human diets, but in some societies there is a degree of distaste for their consumption. Although the majority of edible insects are gathered from forest habitats, innovation in mass-rearing systems has begun in many countries. Insects offer a significant opportunity to merge traditional knowledge and modern science in both developed and developing countries.

The environmental benefits of rearing insects for food and feed are founded on the high feed conversion efficiency of insects. Crickets, for example, require only 2 kilograms of feed for every 1 kilogram of body weight gain. In addition, insects can be reared on organic side-streams (including human and animal waste) and can help reduce environmental contamination. Insects are reported to emit fewer greenhouse gases and less ammonia than cattle or pigs, and they require significantly less land and water than cattle rearing.

The production of insects as a food source is significantly more efficient than that of conventional meat:

Insects being farmed as mini-livestock result in lower emissions of greenhouse gases and ammonia than the production of conventional production animals.

Insects as food and feed can only make a significant difference if they are mass-produced. This is done already in Thailand where 20,000 domestic cricket farms produce an average of 7,500 metric tons of insects a year for home consumption and for the market.Insect farming has begun to a lesser degree in Laos, Vietnam, Cambodia and the USA.

Just as an aside – it is often not realized that the ecological services of insects are immense! These services can be classified as provisioning (e.g. medicine, nutrition, industrial), regulating (e.g. biological pest control, pollination), supporting (e.g. decomposition, dung removal, recycling, seed dispersal), and cultural (e.g. bio-indicators, recreation, religion and spiritual values).

The most common edible insect species farmed (crickets, locusts and mealworms) seem to have great­er environmental benefits than traditional breeding animals. Green­house gas emissions of insects are lower than domes­tic animals with an average of 1 g/kg of weight gain compared to the 2,850 g of cattle and 1,300 g of pigs. The soil used to produce 1 kg of protein is usually 20 square meters compared to the 45-70 of pigs. Further­more, insects have a nutritional conversion efficiency rate significantly greater than beef; they might be fed with organic waste streams and use less quantity of water.